I am a videographer & photographer based in St. Louis, Missouri.

I come from a small town in Illinois where I was fortunate to begin studying video production in high school. I attended film school at Southern Illinois University and began my freelance career shortly after. My work has taken me all across the country and has included everything from documentaries and television shows to fashion photography and even virtual reality video. 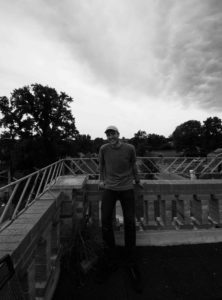